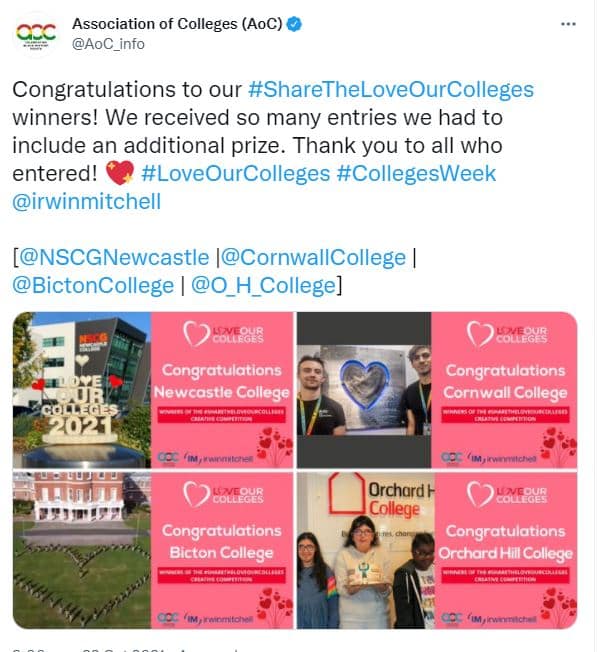 The college were thrilled to be announced as a winner of the #ShareTheLoveOurColleges Competition as part of the Association of Colleges, Love Our Colleges week. The students entered a cake design and were announced as one of four winning entries!

Well done to all the students who worked hard to produce such a creative entry, which also tasted great! The students won a £50 voucher and we look forward to them deciding what they will spend it on.

We were pleased to be mentioned in a round up of the competition in FE Week too, follow this link to read more.